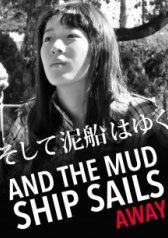 And the Mud Ship Sails Away...
Japan, 2013, 88 minutes Comedy
While the film may be engaging to watch what really drew my attention was the title.  During the entirety of the movie there was no ship literally so I figured there is a metaphorical meaning to it.  A mud ship sailing to somewhere? What I noticed though was the plane during the latter part, and  the suggestion of aliens repairing their spaceship based on the two creatures that Takashi encountered, although it could either just be a hallucination. There are many quirky thoughts in this film and there were titles for each main chapters, like Inertia and Fossil, with Takashi being compared to a fossil fish by his half-sister. There are many ideas that viewers can get from this movie which I think makes it worthy to have an almost perfect rating.
Like this Review?
Write your own review?
DooVOTE
Not for me
Like this Review?
Write your own review?
COMMENTS 0
Your Comment...