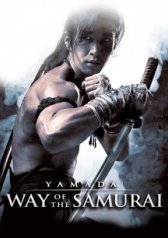 The Samurai of Ayothaya
Thailand, 2010, 100 minutes Action, Asian
Based on the historical figure Yamada Nagasama. This Thai movie tries to recreate the kingdom of Ayothaya and the military ties between Thailand and Japan in the 16th century. This action pack movie combines the stealth and swordsmanship of Japanese Samurai and the speed and acrobatic martial arts of Muay Thai. Combining these two martial arts tradition Yamada is an unstoppable force. Yamada is betrayed by his own country man, a high ranking official in the Japanese Military Volunteers who leads a group of sinister Ninjas creating havoc in the capital of Ayothaya. He attempted to assassinate Yamada but failed. Yamada was saved by students of the Buddhist monk, Muay Thai master and chief counsel for King Naresuan. This is the beginning of Yamada’s journey into the world of Muay Thai. Befriending other warriors and becoming the first foreigner to be taught the treasure of Ayothaya kingdom. The film is not disappointing in action as it combines the two great martial arts traditions in one movie. And it is flawless in presenting what could have been the early years of Yamada in Ayothaya and the reason for his rise to power.
Like this Review?
Write your own review?
DooVOTE
Not for me
Like this Review?
Write your own review?
COMMENTS 0
Your Comment...