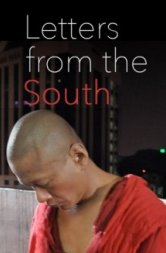 Letters from the South
China, Malaysia, Thailand, Singapore, Myanmar, 2013, 105 minutes Drama, Asian, Compilation, Arthouse
Interesting to see a film like this that gives viewers a peek of a rich culture like the Chinese. These ponderings  come in various genres and depicts the thoughts of filmmakers like R. Tan, M. Z, A. Assarat, among others, on migration from your original homeland. I particularly liked the light treatment in  "Now, Now, Now", which is about a Chinese-Thai girl's thoughts of her cousin from the mainland China. Huang Lu as the cousin was boisterous and energetic as she was naughty. Lu who first gained attention in the film "Blind Mountain" is a regular in film fests like Cannes and here she portrays her role with ease, like she was just literally doing child's play. This collection of short films will pique your interest so don't dare miss it!
Like this Review?
Write your own review?
DooVOTE
Not for me
Like this Review?
Write your own review?
COMMENTS 0
Your Comment...