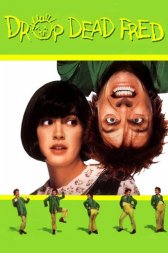 Drop Dead Fred
USA, 1991, 103 minutes Comedy, Fantasy, Family
Rik Mayall's finest big-screen performance, that created a character that lives on in many a 90's child's memory today. And it's not just his audacious performance that keeps the film afloat, but he is helped by a game Phoebe Cates who is made to do some pretty outrageous stuff, and an excellent Carrie Fisher in a supporting role, where she's basically being Carrie Fisher, which is always watchable. The third act is surprisingly wet-eyed, and is the perfect pay-off after all the guilty laughs and poo jokes that lead up to it. Better than it had any right to be, as I imagine the studio didn't have a lot riding on this one.
Like this Review?
Write your own review?
DooVOTE
Not for me
Like this Review?
Write your own review?
COMMENTS 0
Your Comment...
LIKES 1
blacksnakemoan
blacksnakemoan