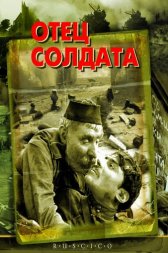 The Father of a Soldier
Russia, 1964, 83 minutes, SD Drama, War
Compelling and very, very moving story of  a Georgian wine grower and his journey to visit his beloved son who was wounded in war. Hats off to Sergo Zarariadze for his convincing and heartfelt performance, so genuinely acted out that he bagged the Best Actor award from the Moscow International Film Festival in the year 1965. Consistently engaging despite the limited creative and imaginative touches , the film succeeded in evoking emotion and empathy from the viewers. Cinematography and audio were consistent and commendable considering that it was made in the 60's era. Kudos to director Rezo Chkheidze for this intense and gripping tale of a father's love and devotion amidst the backdrop of war.  Highly recommended!
Like this Review?
Write your own review?
Add to List
Not for me
Like this Review?
Write your own review?
COMMENTS 0
Your Comment...