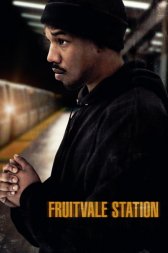 It engages throughout, creating a world and cast of characters so entirely believable that they feel like ghosts you could pass walking down the streets of any crowded city. The film just begs you to connect with them - their mannerisms, speech and interactions some of the most completely human you will ever see on-screen.

It is in this attachment that the film finds social commentary. By painting one of the most realistic and believable cinematic worlds of recent memory, the film quietly wriggles its way into your brain. You are never an active participant; but you are a very, very familiar observer, and when things go wrong in Fruitvale Station, you feel as i1f you have been done a personal wrong.