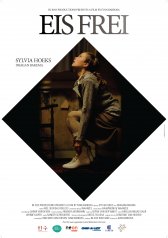 Eis Frei
Netherlands, 2008, 10 minutes Fantasy, War
The  scenes where the girl  is seen skating  on ice  were impressive,  with the whiteness of snow  and the immaculate surroundings being able to mute the sad reality of war, from the girl's mind.  The girl's effort to distract herself from the bombings was effective at first although eventually she had to face the truth as it is.  The fear is evident in her eyes and the trauma of war consumes her but I was hoping she had put in more effort and emotion when she did her ice skating  scene,  as a way of releasing pent-up emotions. Still,  cinematography made up for the lacking elements,  do check out this film, folks!
Like this Review?
Write your own review?
Add to List
Not for me
Like this Review?
Write your own review?
COMMENTS 0
Your Comment...