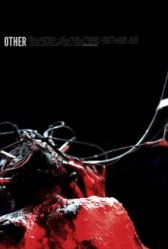 Other
USA, 2012, 15 minutes Horror, Science Fiction
This can give a disturbing effect to the viewers. While one can initially believe that the doctor has a great intention with the experiment, that is, to extract the cancerous tumor,  it seems that during the entirety of the film, one starts to wonder.  The doctor goes inside the apparatus a couple of times, and this is the time that viewers suspect that he may be hatching a very outworldly idea. The last scene will give a hint that he has, in a way, created another living form,  a human like him.  People with the inventive mind could probably relate to the dilemma, the urge to create something, even as sometimes, it could challenge moral convictions.
Like this Review?
Write your own review?
Add to List
Not for me
Like this Review?
Write your own review?
COMMENTS 0
Your Comment...