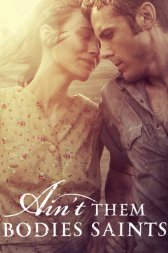 The movie has a brilliant cast, Casey Affleck is one of my favourite American actors as he is so versatile and Rooney Mara has proved to be one to watch since being in Fincher's The Social Network and The Girl with the Dragon Tattoo.

Lowery's inspiration came from some of my favourite classic thrillers and noir and this becomes clear when watching the movie. Such dramatic events take place with a feeling of calmness which you get from watching Malick's films and the soundtrack fits seamlessly with the movie creating an overall well crafted film.