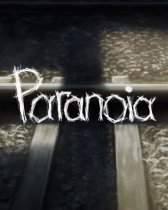 Paranoia
India, 2010, 4 minutes Asian, Animation
With its use of old-fashioned rotoscope, Paranoia refreshingly presents social fear due to terrorism. Set in a public commuter train, the film places viewers in the position of a rider feeling fearful of a fellow rider. Throughout the film, timing is used excellently to make viewers feel the rider's fear. There is also clever use of ambient noise to further unsettle viewers. Despite of it's storyline similarity to other films, Paranoia is an intense presentation of terrorism's daily toll on people.
Like this Review?
Write your own review?
Add to List
Not for me
Like this Review?
Write your own review?
COMMENTS 0
Your Comment...