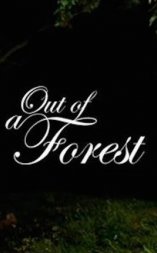 Out of a Forest
Denmark, 2010, 6 minutes Animation, Horror
This deserves a 5 star rating!  Commendable cinematography,  great musical scoring and a story that's unpredictable with twists here and there.  The beginning scenes, with the lush greenery and crystal-clear waters will enthrall you and won't prepare you for the stop animation that features...tada!rabbits! Of course, you'd wonder what that stately-looking man at the start of the film was for.  But then, the stop animation catches our attention and you can see  a relaxed, jovial scene unfold, with a younger rabbit amongst adult rabbits who were encouraging him to take some wine. The occasion was also a chance to reminisce with the younger rabbit seen in almost all of the photos.  Then action  and horror unfolds with the wolf's attack.  Yet again,  another thing happens, the young rabbit gets plucked by a hand from the moon and lo and behold! He is in the hands of the stately-looking man, a magician! Rabbit was saved by the bell, or rather by the hand of the magician.  Engaging and brilliant! Do check out this flick folks.
Like this Review?
Write your own review?
Add to List
Not for me
Like this Review?
Write your own review?
COMMENTS 0
Your Comment...