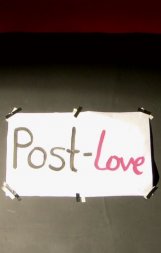 Post-Love
Singapore, 2011, 20 minutes Asian, Documentary
Younger generations can pick up a  lot of insights from this film.  I was personally amazed, amused and  perplexed with what these elderly people had to share about love, sex, marriage and relationships back then, during their prime.  Just some of the thoughts one can pick up include: that women before knew nothing and  are uneducated, that men look for sex first before love,  that  there were not much options for women before, that older men tend to look for young and fresh maidens and  that  older women are not that interested in sex anymore, among others.  Truly enjoyed the shared experiences of these older men and women, some have  independent views while the men are staying true to what they are...being men!  The  quotes and poems  in between the sharing were witty and spot-on  and  musical scoring was laudable,  the harmonica music  was a stand-out nevertheless!  Everybody can  learn a thing or two from this short film,  do check this out.
Like this Review?
Write your own review?
Add to List
Not for me
Like this Review?
Write your own review?
COMMENTS 0
Your Comment...