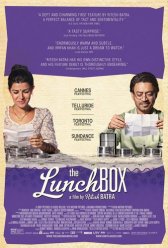 The Lunchbox
India, 2013, 104 minutes Drama, Romance
Neither cinematically avant-garde nor narratively unusual, Ritesh Batra’s The Lunchbox nonetheless is a little gem that reminds audiences of the power of film in unearthing the humourous, brave and sorrowful cadences of ordinary life. A story of two lonely people whose lives unexpectedly collide, it unpretentiously encapsulates how we rely on and yet remain blind to one another in the modern isolation of a metropolis. Indirectly finding each other through the Dabbahwallahs, or the efficient network of those delivering lunchboxes to offices, the two lead actors embody the film’s sustained pursuit of delicate and even accidental contacts. The frank depiction of modern Mumbai and the lack of cultural screen-fillers is equally refreshing to see, capturing an organic balance between neither exoticising nor universalising the contemporary Indian urban experience.
Like this Review?
Write your own review?
DooVOTE
Not for me
Like this Review?
Write your own review?
COMMENTS 1
Your Comment...
LIKES 1
sharonmae
sharonmae