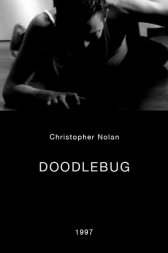 Doodlebug
UK, 1997, 3 minutes Fantasy, Arthouse
There is a moment of deception at the beginning of this film as  it seems that the man is trying to crush or kill a bug or a crawling insect.  When the moment of truth is revealed though,  everything begins to make sense.  The black and white medium added to the film's appeal and  its entirety gives us a glimpse of human nature.  And just as doodlebugs confuse its prey with its way of entrapment, this short flick stirs an enormous feeling of confusion. Do check out this film!
Like this Review?
Write your own review?
Add to List
Not for me
Like this Review?
Write your own review?
COMMENTS 0
Your Comment...