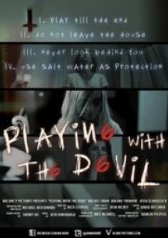 Playing With The Devil
USA, 2014, 7 minutes Horror
This was a totally engrossing short film, I'd say!  Based on true accounts,  I was sort of relieved to watch a horror film with almost zero gory, bloody scenes, save for that final scene where the little sister was supposedly "possessed" by evil forces.  Not bad considering this  is  Mike Woodward's first  foray to film writing.  This flick won Best Horror Short at the Burbank International Film Festival and while it may be brief it was definitely a visually engaging film.  Do check it out!
Like this Review?
Write your own review?
Add to List
Not for me
Like this Review?
Write your own review?
COMMENTS 0
Your Comment...
LIKES 1
MaeMaeDecena
MaeMaeDecena