FilmDoo is proud to host the UK day-and-date release of Trinidad's GOD LOVES THE FIGHTER for its premiere at London's East End Film Festival. Director Damian Marcano's feature debut is a gritty drama diving into the illicit underworld of Port of Spain, capital city of Trinidad. The Caribbean crime drama will premiere on July 7th and tells the story of several characters attempting to avoid a life of crime but who are forced to fight to survive in the community. GOD LOVES THE FIGHTER notably won the Curaçao InternationalFilm Festival Rotterdam's Yellow Robin Award. FilmDoo also announced signing up highly-regarded UK distributors New Wave (Uncle Boonmee Who Can Recall His Past Lives, Winter Sleep) and Eureka (The Cabinet of Doctor Caligari, Metropolis) for VOD. 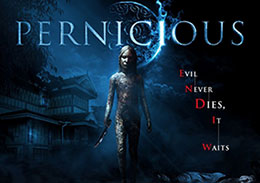 Released simultaneously with its US theatrical release on June 19th is PERNICIOUS, a Thai-American supernatural film directed by James Cullen Bressack. FilmDoo is thrilled to bring this indie horror feature set in Thailand to UK audiences. PERNICIOUS follows three young women on a teach-abroad programmewhounwittingly unleash the spirit of a long-dead child who only has revenge on her mind. Putting a fresh spin on Thai folk legend, the film received buzzing reviews from horror websites and blogs.

FILMDOO IS FINALIST FOR THE 2015 MASS CHALLENGE ACCELERATOR PROGRAM 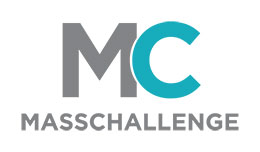 After several rounds and juries, FilmDoo is proud to announce that it has been selected as finalist for the Mass Challenge accelerator program. Mass Challenge is a Boston-based startup accelerator that will see their first UK edition this year. FilmDoo is part of the 218 finalists (90 in the UK) out of the 2000+ applicants. The program takes place this summer and will allow FilmDoo to engage with high-profile speakers and expert mentors.

At the Marché du Film in Cannes, FilmDoo closed more output deals with distributors and has now become the go-to platform in the UK and Ireland for Asian films. The FilmDoo platform added the Cine Asia collection (Ip Man, Ichi The Killer) that was acquired last year by Trinity. It joins three other Asian rights catalogs, previously signed with FilmDoo: Terracotta, Third Window and Day for Night. The platform aims to reach 200 Asian titles available to view by the end of 2015. FilmDoo also continues to license content from the producers and filmmakers directly, such as the Indonesian titles PARTS OF THE HEART and Lucky Kuswandi's IN THE ABSENCE OF THE SUN. Kuswandi's short film THE FOX EXPLOITS THE TIGER'S MIGHT was selected this year in Cannes' Critics Week.

CANNES: FILMDOO ANNOUNCES THE WINNERS OF CREATIVITY COMPETITION AT NEXT DIGITAL FORUM 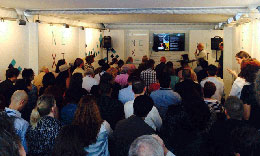 On May 14th, FilmDoo presented a workshop at the Marché du film in Cannes, as part of the NEXT Digital Forum. The workshop focused on the “Challenges and Opportunities of Digital Distribution and how to embrace them” in front of a packed-out audience. On this occasion, FilmDoo co-founder, Weerada Sucharitkul announced the winners of the Creativity poster competition, which launched in January. With 953 entries created by more than 450 designers from all around the world, the competition has been a huge success. The FilmDoo team, as well as the jury members, were impressed by the quality of submissions. The winners are Canadian Marie Bergeron's striking The Godfather, Oliver Boyd from Scotland for his Mad Max Fury Road poster and London-based Ben Holmes for his painting of The Amazing Spiderman 2. Grete Milasiute (Lithuania) received a special mention for her artwork of Ex Machina. 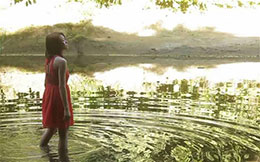 Kôji Fukada’s AU REVOIR L’ÉTÉ had a UK day-&-date release, courtesy of distributor, Day for Night. After touring the festival circuit (Rotterdam, Edinburgh), the Japanese film arrived on FilmDoo on the back of sizzling reviews. This sweet summer breeze of a tale balances new Japanese/Korean cinema and French New Wave, mainly influenced by Eric Rohmer. The coming-of-age film follows Sakuko during her summer before starting university. She visits her aunt in a coastal town, meets a young Fukushima refugee and a web of relationships evolve throughout the summer.

FESTIVAL: FILMDOO SPEAKS AT THE BFI FLARE IN LONDON 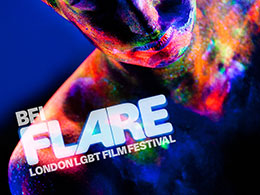 FilmDoo was invited to speak at the UK's premier LGBT cinema event - the BFI Flare. Co-Founder Weerada Sucharitkul and Head of Programming Simon Savory spoke to queer filmmakers and producers about how to navigate online and digital rights. They also hosted the panel THE RISE OF VOD - A look at the continuing demand to content on demand and how to create, prepare and engage. The session included ideas on how to make work attractive to VOD platforms; what collateral was needed in order to distribute work effectively across an international field; and what should be considered to maximise marketing opportunities on VOD.

FESTIVAL: EUROPEAN PREMIERE FOR IN THE ABSENCE OF THE SUN AT ASIA HOUSE FILM FESTIVAL

On March 27th, Lucky Kuswandi, one of Indonesia's most talented young directors, was in London to present his second feature, IN THE ABSENCE OF THE SUN, for its European Premiere at the Asia House Film Festival. The film follows the path of three women as they struggle to find themselves in the ever-changing jungle of Jakarta. The film was made available on FilmDoo that same day.

Asia House: Opening Gala Night
Watch Now: IN THE ABSENCE OF THE SUN 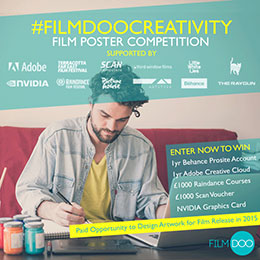 FilmDoo has launched a global design competition whereby three winners will receive fantastic prizes and the paid opportunity to create artwork for an upcoming film release. The FilmDoo Creativity competition is supported by leading tech brands Adobe, Scan and Nvidia, leading film distributors Altitude Entertainment, Picturehouse Entertainment, Peccadillo Pictures, Third Window Films and Terracotta Distribution. Also supporting this initiative is Little White Lies magazine, industry trade zine The Raygun and film production community Shooting People. A leading panel of judges within the design and film industry will choose the winning designs. The winners will be announced during the Cannes Film Festival in May, where their posters will be displayed. FilmDoo is thrilled to pay homage to the art of movie posters and receive original artwork from all around the world.

FilmDoo has forged a partnership with London's Fringe! Queer Film & Arts Festival and is hosting the closing night film screening, OPEN UP TO ME. SimoHalinen's multi Jussi award winning film is a Finnish tale that follows Maarit, a transgender woman, whose affair with a married man has unexpected consequences. The festival also screened FilmDoo's NOOR, by Guillaume Giovanetti and CaglaZencirci. As with OPEN UP TO ME, the French-Pakistani production about the transgender community in Pakistan had a day and date release on FilmDoo. FilmDoo aims to be the go-to place for LGBTQI films, so closing a major output deal with UK distributor Peccadillo Pictures and its 150+ films, tied in perfectly with the Fringe festivities. 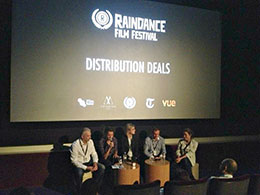 FilmDoo Co-founder Weerada Sucharitkul and Maxim Jago (Chief Innovation Officer) presented a panel discussion on the future of media. Simon Savory, FilmDoo's Head of Programming, took part in a panel discussion covering the topic of film distribution deals. FilmDoo was also proud to present in association with Raindance, the Raindance Web Fest, which is a two-day event celebrating independent online scripted and documentary web original series. The festival is the first and the UK's only web series festival and takes place during the Raindance Film Festival in September.

FilmDoo has partnered with Paris-based sales agent WIDE and its sub-label for first time directors, Eye On Films. The first title is Dutch SUPERNOVA, Tamar Van Den Dop's coming-of-age tale that premiered at Berlinale (Generation). In SUPERNOVA, we see the world through the eyes of teenager Meis (Gaite Jansen) and her various misadventures in the middle of nowhere. The film, based on the novel by Flemish author Bo Van Ranst, premiered at the Cambridge Film Festival, where the FilmDoo team was also present. On this occasion, FilmDoo had the opportunity to interview actress/writer/director Tamar Van Den Dop, and talk about film adaptation, female directors and directing actors.